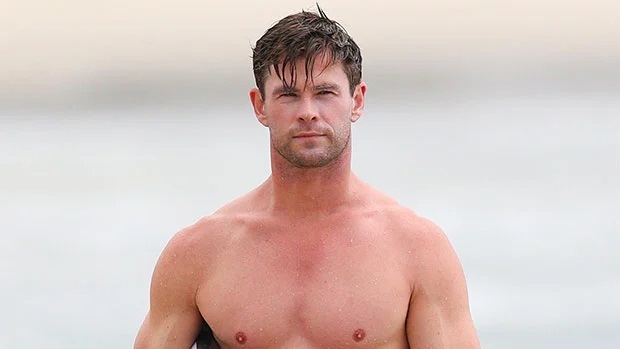 We are live to a sold out crowd here at the XWF Arena. The camera pans around to the fans who are ready for another episode of Inferno. In fact, it’s the final Inferno before our next PPV and that means anything and everything can happen. We go down to our commentary crew now of Michael Cole, JBL, and Jerry “The King” Lawler.

Michael Cole welcomes us to the show and again mentions that this is the final Inferno before the PPV. We know that Nikki Everett will get a Womens Title shot against Malaboo Dreamstone. And that tonight they will compete in tag team action. JBL comments that Nikki is long overdue for this oppertunity. Michael Cole then adds that just now it’s been announced that Jason Thunder will take on Max Farrell for the World Title. Jerry Lawler states that Max will have his hands full in that match and shouldn’t take Thunder lightly.

JBL of course asks why Michael Everett isn’t the one getting the title shot. But Cole says Jason Thunder has earned the oppertunity. And follows up by saying that Jason Thunder will be in the Main Event tonight along with Ashley and Daniel Slaine.

But first its time for our opening contest…

Nikki Everett and Malaboo Dreamstone start off this match. It’s a scene we will be familar with at the PPV as the two lock horns right away. Nikki coming out hot and being the agressor, but perhaps too aggressive as Malaboo is able to counter everything thrown her way and ends up spearing Nikki to the ground, much to her suprise. Nikki doesn’t take kindly to being disrespected and uses cheap shots to gain control and tosses Malaboo down on the ground by her hair. Loralie eventually steps into the match, getting the tag and going after Nikki. Michael Everett gets tagged into the contest later on and uses his size and strength to bully Loralie. He locks her into their corner and nails her with repeated shots to the legs. Trying to weaken her for the TCO. Eventually Michael does just that, getting Loralie into the sharpshooter in the middle of the ring. Loralie refuses to give up though and is eventually able to counter.

She pushes Michael away and Michael almost runs into his wife. Luckily he stops himself but the distraction allows for Loralie to tag in Malaboo again. Nikki tags herself in as well but its a blind tag that her opponents didn’t see. Malaboo and Loralie double team on Michael and nails him with a double DDT. Malaboo then climbs the top rope and leaps off with an elbow on Michael. Meanwhile Nikki grabs Loralie and throws her out of the ring. Malaboo thinks Michael is the legal man and tries to pin him but Nikki grabs Malaboo and nails her with a cheapshot. Followed by a version of the widows peak for a three count.

Nikki and Michael Everett def. Malaboo and Loralie via pinfall

The Union quickly escapes from the ring after the match as Loralie comes in to check on Malaboo. Meanwhile we go backstage where we see Mike Dimter and Dominic Rossi attacking Josh Blade and Joey Hunter backstage. Joey and Josh are bloodly on the ground and security rushes over to break things up. Mike Dimter just smiles and puts his hands in the air as he and Dominic leave the scene of the crime and head towards the ring as we go to a commercial break.

As we return from the break Mike Dimter is standing in the ring with a microphone. Mike Dimter said he learned tonight that Jason Thunder would be getting a world title shot and he was furious. Mike said hes tired of not being taken seriously. Tired of not getting main event oppertunties. And that he was going to force XWF Management’s hand. Mike said Josh and Joey was just an example and that he was going to take out Jason Thunder by the end of the night as well.

Mike Dimter drops the microphone and heads towards the back. Letting us shift back to commentary. Michael Cole points out how distrurbing Mike Dimter’s comments were and the threat that his night isn’t done. JBL said Mike had a couple screws loose if he thought he should be champion. Meanwhile Jerry Lawler said to just look at Joey Hunter if you want to learn what happens when you dont take Mike serious.

Michael Cole said that Jason Thunder must now have eyes in the back of his head as he competes in the tag team main event that is up next.

Ashley and Juliet set to start things off. Ashley goes towards Juliet but Jason Thunder tags himeslf in right away. Jason told Ashley to leave the ring, meanwhile Slaine combed up top and performed a cross body block onto Jason. Daniel Slaine working Jason across the ring but eventually Thunder hits a neckbreaker reversal that gives him some momentum. Juliet tags back in and kicks Slaine in the midsection but Ashley isn’t having it as she comes right back in and this time gets her hands on Juliet. Ashley eventually hits a Blade Cutter on Juliet but its broken up by Jason. Daniel Slaine comes into the ring but Jason escapes to the outside. As he turns around he runs right into Mike Dimter who is standing there. Dimter has his arms folded, not touching Jason as Jason quickly heads back into the ring. But Slaine is there waiting for him who nails a KTFO! Ashley meanwhile hits another Blade Cutter on Juliet for the three count.

Ashley and Daniel leave the ring as Mike Dimter climbs into the ring with a steel chair. He places the chair on Jasons neck, looking to end his career when suddenly Max Farrell comes running out. Max Farrell nails Mike with multiple huge punches and tosses Dimter out of the ring. Max dares him to come back in but Dimter wants no part of it. Max Farrell turns around to check on Jason when suddenly Jason nails Max with the Angels Fall! as it appears no good deed goes unpunished. Jason Thunder grabs the World title and holds it above his head.

Mike Dimter yells that the title belongs to him while Jason stands in the ring claiming after the PPV the belt will be his. However we will find out the true answer two weeks from now as Inferno comes to a close and we will see you next time at the PPV.