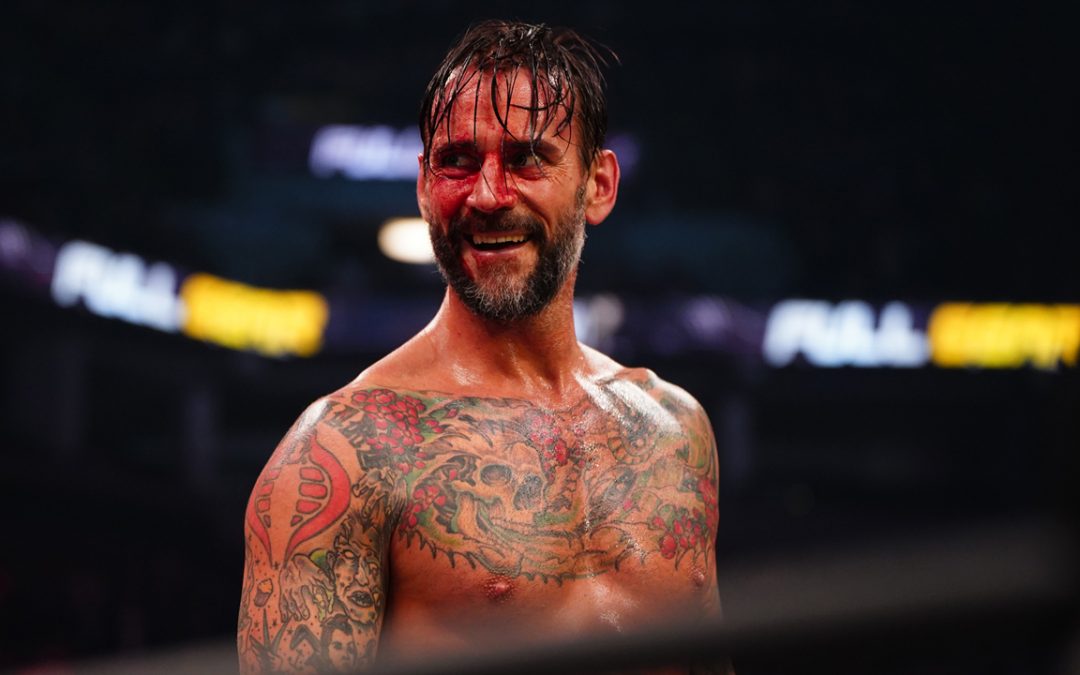 We open up live to a sold out crowd as XWF Inferno is on the air. The fans are excited for great action and are standing at their seats. We head down to commentary, joined by the familar crew of Michael Cole, JBL, and Jerry “The King” Lawler.

Michael Cole welcomes us to the show and gives us the lineup. Headlined by two Union matches. Featuring Ashley Slaine against Nikki Everett. While the two husbands, Daniel Slaine and Michael Everett will also do battle tonight. JBL mentions how tonight could be a huge victory for The Union and also states how Sheena Montgomery will no doubt be in The Unions corner. Jerry Lawler counters by stating that Ashley and Daniel are fighting for the soul of Sheena Montgomer as opposed to fighting to win their matches.

Michael Cole makes the announcement that XWF has been using the Performance Center for the past two years. However, starting in January XWF will hit the road once again. Stating that our next PPV, Millenial Reign will be taking place in Dallas Texas.

With that said, we now go down to ringside for the first match of the night….

This leave Jason and Josh inside the ring together as they battle back and forth. We see Jason Thunder using some technical moves and slowing the match down. Eventually Josh is able to get back to his feet and nails Jason Thunder with a flying lariet. He goes for a cover but Mike Dimter slides Blade out of the ring at two. Dimter inside the ring now and takes advantage of Thunder, nailing him with a variety of punches and kicks. Before eventually trying to lock a sleeper hold onto Jason. Mike Dimter tries to choke the life out of Thunder but Josh Blade climbs the top rope and nails them both with a frog splash. Josh Blade covers Thunder but only gets a two count. He goes to Dimter and only gets a two as well.

Josh Blade looks for the Blade Cutter on Jason Thunder but Thunder is able to counter it into a DDT. Mike Dimter nails a DDT of his own on Thunder and then nails the Liberty Bell! on Josh Blade. He goes for a cover and gets two, maybe two and a half as Josh Blade kicks out. Mike goes for his finisher again but this time its Jason Thunder who grabs Mike and nails him with a couple running bulldogs, followed by missle dropkick that sends Dimter out of the ring. Jason Thunder then grabs Blade and nails him with the Angel’s Fall for the three count.

After the match we see Juliet Thunder walk down to ringside and get into the ring to check on Jason. She isn’t going anywhere though as her match just happens to be next. Michael Cole tells us in the meantime we are going to commercial.

As we return from commercial break we see Cassandra Marx inside the ring and these two women both look ready to go.

This match wastes no time as the two women go at it. Juliet Thunder attempted a quick rollup for a two count early in the match and Cassandra Marx countered it with a crucifix pin for a two count of her own. They worked some back and forth reversals where Juliet went for a DDT and Marx went a crossface, both were unsuccessful. Thunder caught Marx with a boot in the corner, and then went for a cross armbreaker over the rope. Cassandra Marx prevented it and pulled her back into the ring with a suplex for a two count. She then attempted another crucifix pin after some strikes for a near fall. The action moved slowly as Marx worked methodically. She landed a fisherman’s neckbreaker and covered for a near fall. Cassandra went for the crossface again, but Thunder was able to break free. Juliet landed a running knee strike, but failed to make a cover. Thunder landed a series of running kicks in the corner, and then a crossbody from the top for a near fall.

Juliet Thunder landed a release German Suplex and covered for a two count. She went up top again, but took too much time, and Cassandra kicked her legs out from under her. She followed up with a neckbreaker for a near fall. Marx tried for another Fisherman’s Neckbreaker, but Thunder avoided it. Marx was able to connect with a stomp for a near fall.

Michael Cole mentioned how good Juliet looked in her debut match. But JBL reminded us that Cassandra as the veterain and the longer the match went on the more it favored Cassandra.

Cassandra Marx landed an air raid crash on the apron. Thunder spilled to the floor. Marx tossed her back. Bot women to their feeet and trading kicks now. Juliet Thunder pulled Marx into a Gotch Piledriver for a near fall. Marx rolled up Thunder for a near fall of her own. Juliet nails an enziguiri on Marx and climbs the top rope. She leaps off with the M16! but Cassandra gets her knees up. Cassandra with X Marx The Spot! and covers her for the victory.

After the match we see Juliet slowly get to her feet. Cassandra looks exhausted as well as she goes over to Juliet Thunder. Cassandra extends her hand out and Juliet looks unsure. After a few seconds she does accept it though before Cassandra exits from the ring. Jason climbs into the ring and checks on Juliet as the camera pans back to commentary.

Michael Cole tells us that up next The Union battles The Slaines. He hypes up two dream matches and two matches between superstars that dont like each other. JBL still feels confident and says he spoke with Michael before the show tonight and claimed that Michael Everett had something special planned for Daniel Slaine.

We go to a commercial break as we prepare for the next couple matches.

We return from the break and as we do we see Michael Everett walking down the ramp. He’s alone as Nikki has her own match to prepare for. Up next is Daniel Slaine who wastes no time getting into the ring as he wants this match to start now.

Daniel Slaine goes right after Michael Everett but Michael wraps himself in the ropes and forces the referee to back Slaine away. The two circle around the ring now and again Daniel goes after Michael Everett but Michael hugs the ropes and again the referee gets involved. Michael turns his back to Slaine and goes into the corner. Daniel has had enough and grabs Everett by the shoulder, spinning him around but Michael nails Slaine with a punch that knocks him out. It seems shocking until you see that Michael has brass knucks in his hands. The referee spots them and calls for the bell right away. Michael doesn’t care though as he hovers over Slaine, punching him and cutting Slaine open as blood trickles down his face.

Suddenly the fans roar as Ashley Slaine rushes down the ramp and Michael quickly exits from the ring. We see Nikki Everett come down the ramp as well as she stands by her man. A referee grabs Slaine a towel to help soak up the blood but Daniel pushes him away.

Suddenly Stephanie Forcer’s music plays as she stands on the stage. Stephanie says that Michael isn’t getting out of this so easily. She says that tonights card just changed. Stephanie says that instead of two singles matches, we will instead see a tag team match. The Union Vs The Slaines and that match starts RIGHT NOW.

The Union Vs The Slaines

Michael is furious with the news but he has no choice. And now, just as we started its going to be Daniel Slaine and Michael Everett in the ring. With Ashley and Nikki in their corner. MIchael tries to apologize to Daniel but Slaine wastes no time going after him. He spears him to the ground and delivers a variety of punches as Michael covers up. Daniel drags Michael to the middle of the ring and nails him with a leg drop. Daniel Slaine then grabs MIchael and locks him into a headlock. Michael gets to his feet and pushes Slaine off into the ropes but Daniel comes back around with a spinning forearm that sends Michael backwards as he tags out to Nikki.

Daniel tags out to Ashley and the two women approach each other. Nikki slaps Ashley in the face and now Ashley is the angry one as Ashley tackles Nikki to the ground and two begin rolling around the ring. Nikki gets on top and begins bashing Ashley’s head into the mat. But Ashley eventually gets on top of Nikki and locks her into an armbar. Nikki quickly grabs the rope to escape. Ashley sends Nikki into the corner and nails her with a splash. She follows up with a belly to belly suplex thats only good for two. Ashley tries going for the Blade Cutter but Nikki pushes her off. Nikki dives at the legs of Ashley and then locks in a TCO, making Michael proud. The sharpshooter is applies but Ashley eventually gets to her corner and tags back out to Daniel. Michael Everett enters the ring, not even waiting for a tag as the two begin to brawl.

Daniel Slaine works Michael on all sides of the ring. Nailing him with a few german suplexes, hitting a couple of spinebusters, and even nailing a frog splash from the top rope. Daniel tries for a KTFO though but Michael is able to escape and when the referee wasn’t looking he nails a low blow on Daniel. This keeps The Union perhaps their first opening of the night. MIchael with a russian leg sweep and then he locks in his own TCO on Daniel.

JBL mentions its only a matter of time before Daniel taps out. But Michael Cole notes that Ashley is slamming her hand on the turnbuckle and the fans are starting to clap along. The energy from the crowd gives Daniel the strenght to break the TCO. And with a last ditch effort Ashley gets the tag. Ashley Slaine comes in and goes after Michael Everett despite him no longer being the legal man. Nikki comes rushing in but Ashley goes after her as well. Michael Everett grabs Ashley by the hair and puts a stop to her momentum. But Daniel spears Michael outside the ring, leaving just the women inside. Nikki tries going for the Widows Peak but Ashley counters. Ashley nails Nikki with the Blade Cutter!

One Count. Two Count. Michael slides into the ring to break up the pin but Daniel holds his leg. The referee counts three and this match is over.

Daniel Slaine slides into the ring and tells Michael and Nikki to get back into the ring. But Michael gets Nikki out of the ring and they quickly get up the entrance ramp. We see Sheena Montgomery suddenly appear on the entrance ramp and Michael and Nikki begin yelling at her, telling her to get backstage. Ashley grabs a microphone and starts to speak.

Ashley tells Sheena that she loves her and she’s here to help. Ashley promises whatever is going on, Ashley and Daniel are going to fix this. MIchael covers up Sheena’ ears with her hands while Nikki yells again for Sheena to get backstage. Ashley drops the microphone and just watches on as The Union heads towards the back and the show goes off the air.