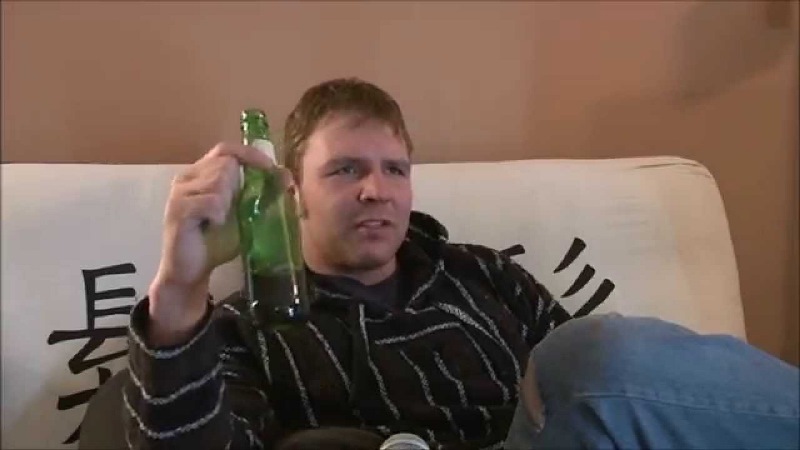 We are live to a sold out crowd here at the XWF Arena. The camera pans around to the fans who are ready for another edition of XWF Inferno. We go down to our commentary crew now of Michael Cole, JBL, and Jerry “The King” Lawler.

Michael Cole welcomes us to the show, breaking down the card which includes a huge main event with unlikely tag teams. JBL started to address the rumors in the locker room of Max’s drunken behavior while King tried to downplay it and remind everyone it was just a rumor.

Michael Cole said things would not be easier for the other team. Daniel Slaine and Jason Thunder will soon do battle for the World title yet are being asked to team together tonight. Michael Cole also tells us that Sid Vicious will be in action tonight and that this will be his return to the company in over a year.

Just as JBL is about to speak we hear “Cry Little Sister” as the lights darken and a fog comes across the arena. It’s time for the Queen of Darkness, Angel as she makes her way onto the stage. Something is clearly different about her as her eyes tell a story of anger and hatred. JBL said he would not want to be Asena Love tonight. Michael Cole said she was being fed to the wolves early in the company but what a way to start a career if she could beat the former World Champion Angel.

After both women make their way to the ring the bell sounds and Asena Love wastes no time going after Angel. She backs Angel into a corner and nails her with huge strikes and kicks. Angel grabs Asena by the throat though and tosses her across the ring. Asena gets right back up and refuses to back down. She nails Angel with a clothline that sends Angel over the top rope and onto the floor. Asena then goes to the opposite side of the ring, bouncing off the ropes and then nailing Angel with a suicide dive onto the outside. The fans cheer loudly as the underdog has a shocking momentum. She brings Angel back into the ring but just for a two count. Asena continues her assault but it seems the time for games is over for Angel as she nails Asena with a chokeslam. Angel then goes over to one of the turnbuckle pads and removes the padding. The referee warns her about a DQ but Angel shoves the referee away. Angel nails a big boot and follows it up with snake eyes from the ropes. A couple of near covers for Angel but Asena kicks out. Angel tries for a boston crab but Asena pushes Angel off and Angel nearly slams into the exposed turnbuckle set up earlier by Angel.

Asena goes after her but Angel grabs her and slams her head into the exposed steel. The referee warns her one more time to stay away from the corner but Angel pushes the referee down to the floor. The referee calls for the bell but Angel isn’t done. Angel slams Asena’s head over and over into the steel the cuts her open. Angel then goes outside and grabs a steel chair. Bringing it into the ring and wrapping the top of the chair around Asena’s neck. Security quickly rushes out. But Angel stomps down on the chair and Asena begins to choke and hold her throat. Angels goes outside the ring once more and goes under the ring, grabbing some kind of can. She goes back in and Angel begins to pour the liquid over Asena Love. Michael Cole makes the comment about smelling gasoline. We then see Angel grab a match from inside her outfit but Michael Everett rushes down the ramp and yells at Angel to stop. Angel looks at him with a smirk and eventually listens to his plea as security and medical check on Asena.

We return from commercial with our next match. Psycho Sid literally ran over Brett Myles to start the match off. Sid hit multiple clotheslines before landing the full nelson slam on Myles whose night ended fairly quickly with a big boot and chokeslam from Sid Vicious for the three count.

After the match we go backstage to Daniel Slaine and Jason Thunder in the locker room. Jason Thunder said he wants to know if he can trust Daniel tonight in their match. Daniel said he could trust him because he hated Michael and would never let that snake get a victory over him. But Daniel Slaine said his partnership with Jason starts when the match begins and when it ends. After the match, Daniel wouldn’t make any promises about what happened next. Jason said he respected that but he wanted to remind Daniel that he’s the champ now and he won’t back down from a fight.

Sabrina Rossi planted Loralie with a dropkick that sent Loralie into the corner. Loralie Blackwell hit multiple arm drags before tripping Sabrina, who looked for a rollup, but Loralie threw a thrust kick, scoop slam and then the Nightmare Twist! But Sabrina moves out of the way and rolls Loralie up, grabbing the tights and covering for the quick victory.

After the match we go backstage to Michael Everett who is demanding answers from Kevin Kronic and Stephanie Forcer. Michael claims that Max Farrell hasn’t been here all night and he wants a new partner.

Kevin says there’s no time left to change the match but that Michael better head to the ring because the Main Event starts in just a few minutes….

Daniel Slaine and Jason Thunder hover next to Michael Everett before the bell. It looks like this match is going to be a handicap match. Jason and Daniel talk strategy and it looks like Daniel will start the match. Jason turns around to go to his corner when suddenly he attacks Daniel from behind. Michael looks as surprised as anyone but his shock turns into a grin as he joins Jason Thunder in beating up Daniel.

Michael Cole mentions this has to be about the World Title and Jason wanting to weaken Daniel before their title fight. JBL says that Michael wouldn’t be shy to take advantage of the opportunity. Jason Thunder nails Daniel Slaine with his finisher before exiting from the ring. Michael demands the referee starts the match and after a hesitation, the referee finally does. Michael goes for the cover but its only a two count. Michael Everett locks in the TCO and yells at Daniel to tap but he refuses to do so. Eventually Daniel breaks free and rolls to the outside.

Michael beats down on Daniel some more. Tossing him into the ring steps before sending him back in the ring. Michael goes for a Kronic Bomb but Daniel tosses him over his head and nails a pedigree. Daniel with some offense now. A couple clothelines including a dropkick from the top rope. Daniel tries to the KTFO but Michael counters this time into a DDT that takes both men out.  Both men battle to their feet and Daniel Slaine nails a few punches and Michael as well. Michael goes for an enziguiri but Daniel ducks it and lifts Michael up for a KTFO! This time he nails it. Daniel begins crawling to Michael to cover when suddenly Max Farrells music plays.

We see Max Farrell walking out with a beer in his hand and a care free spirit. He heads down to the ring and finishes his beer before grabbing Daniel Slaine and nailing him with the Criminal Justice! Max places Michael over top of Daniel and nearly trips as he gets out of the ring. The referee counts three and this match is over.