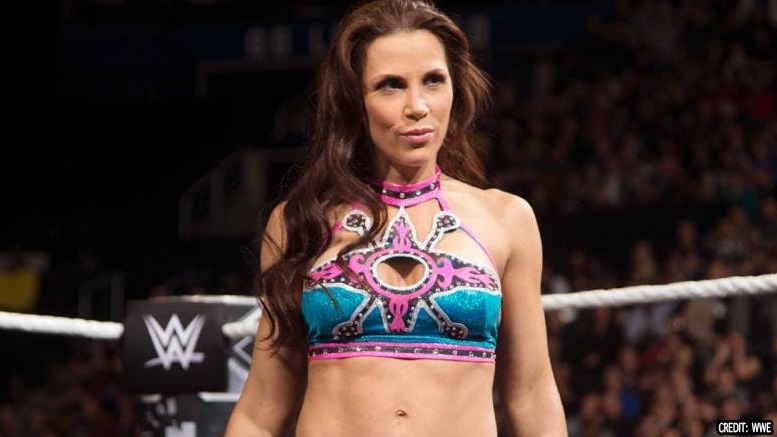 Holy shit what a semi final round, and talk about a number of shocks and priceless ones at that. But one of those shocks is a good thing despite its denying us some instant gratification. But more on that later. Ashley and Sheena delivered and in doing so gives us the final match they have been teasing on social media for some time. Which might be added to the list of things XWF warns people about. That is to say Sheena shouldn’t be allowed on social media. The EVO title and the conflict between Taylor Mathews and Lindsay Callaway heats up, Preacher and Slaine put on dominating performances. Packed card after packed card and more reasons why the XFW Invitational is the spectacle it is. But lets just say if this was Ethans Jones last match ever what a banger of a match to go out on. We here at the Musings thank Jones for his service to the fans, the sport, and the XWF.

Like I said extra kudos to Everetts legal matters buying him some time. Because not only does it add an Inferno to the simmer and boil of the Ashley Versus Sheena match but by setting that match at Armageddon adds a layer to the story and an elevated status to that match and the invitational itself. The following World title match at Lockdown puts a hell in a cell match in a pay per view based around cages so it is a better fit and removes the whole whose gonna pay for it subplot though that was a cute idea that might still get some play. But perhaps the best reason for this play is that both the final match is given a grander stage, the World Title match gets more build, simmer, and boil time, and most importantly to some degree who ever loses at Armageddon still has time to be put into some kind of program and has some kind of build going into Lockdown instead of forcing Kev or Steph to toss they’re name at a dart board and make a random match just for the sake of capitalizing on clear heat and fan appeal.

Speaking of Armageddon while we know one of the matches perhaps even the main event, what about this go home show, what else can we expect even if one of the poster children has an out. Lets take a look

Reasoning: What is this an even opening mach with talents that have kinda laid low a little too long? Nice. A healthy reminder that sometimes a wrestling match is just a wrestling match and while the winner could be in a contendership match i’m gonna ago ahead and root for the almost more radio silent half of this match hoping both show up and give some of the later matches something to worry about. But if one of a double booked stars has to lose a match id rather it be blade as I’m a little more interested in Callaways work and potential. Though Blade was the one in that elimination chamber so I’ll be prepared to be wrong here. Unless Dim can make me look right. But what of outside elements, well to be honest this may be the only match on this card that doesn’t officially have any which again makes it a straight match which is never a bad thing.

Reasoning: While I am gonna openly push and root for Calaway and Rossi who as underdogs and judging they’re recent work especially Calaway I have become a fan of. I would love to see them both step up and cost The Queen the title. But lets not forget that Nikki is one of the poster children for the event, the queen one is one if not the longest reigning Knockouts Champions in history, and not forget who she beat in order to reclaim that title, and the…is it Blade or Everett? I mean they were married? is this one of those married but keeps the professional name kinda things? Any how yeah while of the two titles The Union could lose this seems the least likely, and not just cause the ad poster suggest a title defense at Armageddon but because they don’t call her the queen for nothing… Oh and lets not forget Rossi is a member of The Trident and Nikki is Union so this could get out of hand with outside interference though id almost bet against it. Rossi, Callaway prove me wrong damn it.

Reasoning: An interesting mix and match of how do you call a match like this? If wrestling theory holds true one wants to bet on the EVO Champ and Farrell if only to improve Callaways odds at the pay per view. Mix that with worries about what kind of Team Callaway and Montgomery will make based on Montgomerys history on the road to made matches, and the fact that at they’re first confrontation Callaway beat Sheena. Can they get along, can Sheena remain as white hot as she is, or will the ghost of Anarchy haunt her? On the other side Farrell is a rather quiet killer and determined an impressive talent, and most recent among his achievements is a EVO title reign and a win over Sheena. Taylor coming off her loss to Ashley and with the exchanges she has had with Lindsay will be out for blood, and out to prove dominance and to assure both Callaway now and Sheena in the future exactly why she is and will remain the EVO champion. Another possible webby winner and sleeper hit of the night. But with all the momentum gathered and on the line I’m gonna take a chance on or jinx me and bet on the Madpony and Calaway. Oh but while Everett and The Union has played nice so far this is the go home show before Armageddon so they could show up here, and for the sake of Armageddon Ashley could show up here for one last jedi mind trick or to protect and defend her friend and Armageddon opponent

Reasoning: Don’t make me choose. I mean seriously this is clearly a match that should almost be saved for Armageddon and is almost spoiling it and us much like the Knockouts title match I’d almost want to see a title change or a no contest in order to force a rematch at the pay per view. There is definitely an element of dream match here as Jax went from Union errand boy and gopher to bad ass to US champion practically overnight and his work against Graves in back to back victories almost made Sheenas win over Graves at the opening of the invitational a mercy killing. But he is Union and one of the last major bad boy moves was to assault and humiliate Sheena and Ashley. Something we are sure Daniel has no forgotten, and somewhere between that and a title Slaine has never held its almost hard to bet against The system, the man who single handedly turned the company and the world title around. So yeah he has my vote but this is gonna get nasty in a hurry, and easily not just your main event but may sweep the webby awards for this inferno. Jax is Union Jax has history with Ash, Ash and Daniel are officially a thing. Oh and between friendship and the invitational finals Sheena is sure to be close by if only to protect and keep Ash as safe as she can for Armageddon So do the math when it comes to the potential for chaos, and then well kinda bet on it.

So with two title matches on the go home show and the world title pushed to Lockdown what does that leave for Armageddon.

Weeks if not months of build, and tease and we finally get this match and the real questions are how does it top the journey that got us here, does this main event the show, does it need any added gimmick or stipulation or are the names and whats on the line enough, and the answers as far as I can tell to all is yes.

Another weeks if not months teased match a one on one match between these two has got to happen and why not here. Another match that could go gimmick and stipulation free just based on the names, the title, and the exchanges that go us here.

Not sure in what form, but just knowing this saga is still brewing there needs to be some measure of enhancement and escalation and while I don’t think it will be in match form because of a certain other booking I know I wanna know more about where this is going.

Because of the main event I don’t want a certain handler even double booked. But look at the poster, at the ppv blurb making it very much about the Unions gold. So if she is still holding it you almost expect to see at least one member of The Union defending but against who??? … Ah screw it if there is one person that could probably go full on gauntlet through the entire division not otherwise booked aka The Trident, Calaway, and Astrid assuming she is still on the roster its The Queen.

He is the poster child of the event the blurb does mention The Unions hold on the gold, and while he may have postponed his having to face the winner of the Invitational Everett isn’t above maybe trying to pad out his record and put on a dominate showing just to try to upstage his rivals, and buff The Unions power and presence, or to inflate his own ego. So he might still find a way to make a showing.

Have I mentioned the PPV page blurb enough? So yeah Jax could get booked (making it a quad booking please no) or maybe Slaine who we know will be in the building cause Ashley is. So maybe he gets right back into reminding us all what a machine he is by winning the title on one show and immediately defending it on the next.

To avoid double triple or quad booking certain folk we could even fill out alot of the card with some rank and file shake up. There is certainly a fair amount of uncertainty when it comes to who stands where beyond the obvious on the Knockout, EVO, and US ladders or even the World. Brett, Draven, Dimter, Blade, The Trident, Calaway, Preacher, Farrell, Astrid, and possibly Slaine

Because outside of the EVO and Invitational the card could go full on battle royal / royal rumble mode to avoid the over booking / stress booking issue with much of the unbooked here and a nice juicy title shot or two on the line.

Just a few idears and shots at the dark. We are sure to get the offices full card by the end of the next Inferno but thats my two cents.