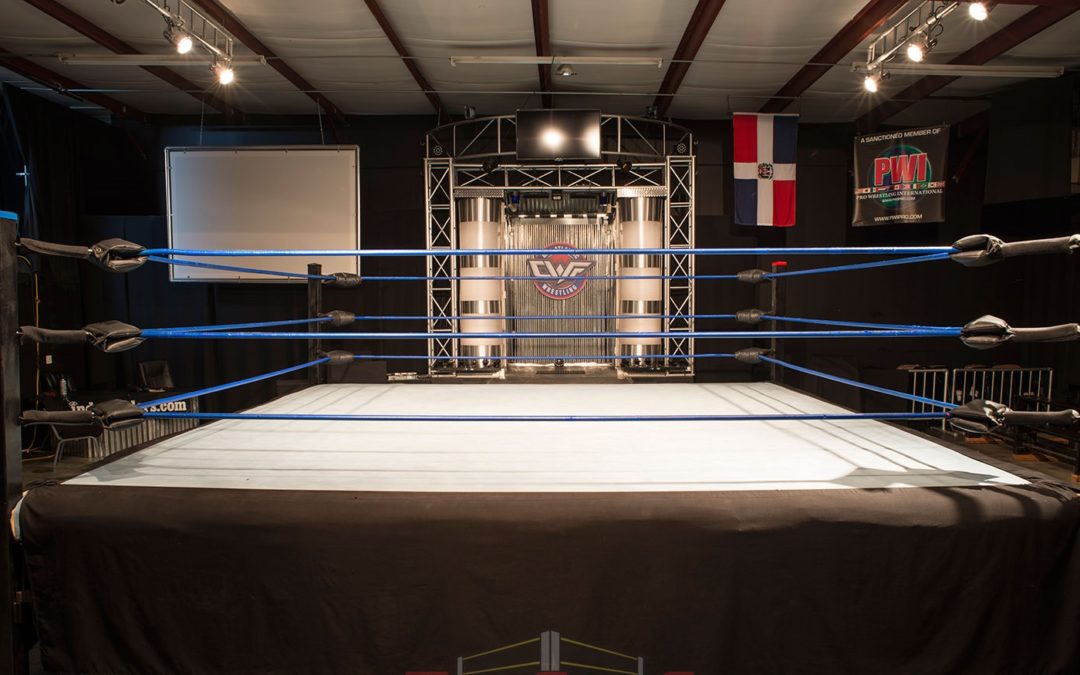 We are live to a sold out crowd here at the XWF Arena. The camera pans around to the fans who are ready for another episode of Inferno. We go down to our commentary crew now of Michael Cole, JBL, and Jerry “The King” Lawler.

Michael Cole welcomes us to the show. Cole tells us we have a big show tonight with the World Champion Daniel Slaine in action. He also says that the Evolution Championship will be on the line later in the night.

Jerry Lawler says that tonight Michael Everett was supposed to be in action as well but that won’t be the case.

Michael Cole says that last week Michael claimed The Union will be no more and we received word earlier in the program that Angel did not show up to the arena tonight. We don’t know if the two are connected but we’ve been told that since Michael does not have a partner, the tag match will not happen.

JBL says that Michael made a business decision by ending The Union and that Michael always had a Plan B and not worry.

Cole says he doesn’t lose sleep over the decisions that Michael makes. He then says that our first match of the night is up next…

Daniel Slaine goes right after Jake Ryan but Ryan wraps himself in the ropes and forces the referee to back Slaine away. The two circle around the ring now and again Daniel goes after Jack Ryan but Ryan hugs the ropes and again the referee gets involved. Jake  turns his back to Slaine and goes into the corner. Daniel has had enough and grabs Ryan by the shoulder and spins him around and beats him down. Daniel Slaine follows up with a couple of suplexes along with a dropkick from the top rope. Eventually Daniel Slaine nails the KTFO and makes this a short match as he gets the three count.

After the match we see Max Farrell walk onto the stage. He begins clapping his hands and eventually gets the attention of Daniel Slaine. Daniel grabs his World Title and lifts it into the air while Max watches on and gives off a grin as he continues to clap.

We go back to commentary and Michael Cole says that Max Farrell is trying to play mind games with the champion but Daniel has never hid from anyone.

JBL takes a dig at Ashley by saying that Daniel isn’t like his wife who hides from everyone.

Jerry Lawler tells JBL to shut up and show some respect to an XWF legend. Michael Cole intervenes and says that our next match is for the Evolution Championship and features two familiar men in XWF.

We return as Brandon Draven avoided a series of moonsaults and splashes from Geuvara, and then applied the Lebell Lock. Rossi reached the ropes, and Brandon went up top. Dominic leapt to the top and met him up there with a Spanish Fly for a near fall. He then landed heavy blows on Brandon, and bit him on the forehead. Dominic Rossi then went for the GTH, but Draven avoided it and landed a poison rana. Draven then landed a DDT for the three count and we have a new champion…

We return from commercial break with a special announcement that Michael Everett will be in action next week and will address the end of The Union along with his future in the company.

April Dimter threw Angelica Roberts across the ring after the match started. After the brief chop exchange, Roberts hit a running cannonball on Dimter in the corner. Dimter regained momentum by flattening Angelica with a butterfly suplex and finished her off with the Going Down DDT for the three count.

A strong main event as Michael Cole runs down the card for next week and promises a huge surprise that you won’t want to miss as the show comes to a close.