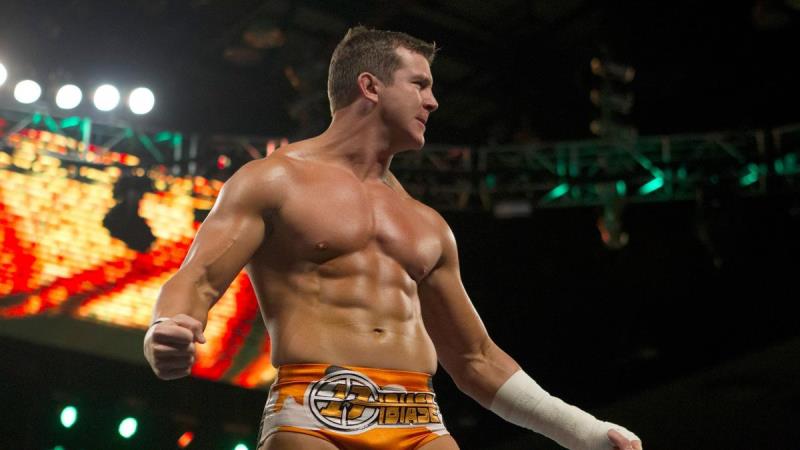 The show opens up to a sold out crowd inside the XWF arena. The fans are excited for a great show as we bring you a new edition of XWF Inferno.  The camera pans around the arena and then to the commentary team of Michael Cole, JBL, and Jerry “The King” Lawler.

Michael Cole welcomes us to the show and says there was a lot of unknown facing XWF. Many didn’t know if there would be another show. Who would be on the roster, what would happen with the championships and anything else. Cole said that XWF has seen many ups and downs and Kevin and Stephanie are committed to providing the highest quality product. Cole said over the coming weeks XWF would be regrouping and retooling its roster with many surprises in store. He thanks the fans for sticking with XWF and that there are many great things to come.

Jerry Lawler added that XWF has always been about great wrestling and he was excited to see professional wrestling return once again in XWF.

JBL said he was excited to once again see The Union. The only group that could possible save XWF.

Michael Cole said that we were starting off the show with two debuts on the women’s roster. The camera then fades down to ringside for the first match of the night…

Selina Morgan hoisted up Paris Ouellet and dropped her in the middle of the ring. Ouellet tried getting a quick victory out of Selina, who kicked out at two. Selina Morgan hit an overhand chop on Paris to regain momentum. Eventually, Paris locked in the right arm and made Selina Morgan tap out for the submission victory.

After the match we see Michael Everett walking backstage and heading towards the ring. His match is up next as we head to a short commercial break…

We return from commercial break and Jake Ryan is also making his XWF debut tonight. We hear the bell sound and this match is officially underway…

Just as the bell sounds Michael Everett lays on the mat. Jake Ryan looks confused and so does the referee. Ryan looks hesitant to do anything but eventually places his foot on the chest of Michael as the referee counts to three and this match is over.

After the match Michael quickly stands up and tells Jake Ryan to get the hell out of his ring. Michael grabs a microphone and begins to speak as the fans boo loudly. Michael says his back his tired because for over ten years he’s carried this company on his back. Michael says that when XWF was on the verge of closing he didn’t get any notice. He didn’t get his opinion asked and he didn’t get the hero’s sendoff he deserved. Michael said now that XWF is back he’s supposed to pretend like everything is back to normal. Michael says that isn’t going to happen. Because while XWF might be rebooting, so will Michael Everett. Michael said that The Union is officially no more. Michael doesn’t need a group to be on top because no one could ever take his place. Michael said he Nikki and himself would run XWF and that included getting his World Title back.

Michael was going to continue to speak when suddenly the titantron lite up. The words “I Havn’t Forgotten You Michael” showed up on the screen before the screen went black. Michael looks around confused at what that was all about and yells at the camera as we head to another commercial break.

Mike Dimter threw Brett Myles across the ring after the match started. After the brief chop exchange, Myles hit a running cannonball on Dimter in the corner. Dimter regained momentum by flattening Brett with a butterfly suplex and finished him off with the Liberty Bell for a three count.

We go back to commentary now as Michael Cole goes through the results of the card from today but mentions there’s still one match left. Michael Cole say its time for the main event and no one can do it better than Daniel Slaine.

Daniel Slaine hit multiple arm drags to Jason Thunder and followed through with a standing moonsault. Following the moves, Slaine hit a fameasser. Thunder quickly shut down Slaine with a lariat. Thunder threw a chop at Slaine in the corner followed by a dropkick with assistance from the ropes that sent Slaine to the outside. The two fought at ringside and Thunder threw a clothesline to Daniel Slainel off the ropes. Back in the ring, Thunder hit a foot to stomp Slaine’s head in the middle of the ring. Jason Thunder used his weight to crash down on Slaine with a senton. Jason Thunder missed a Vader Bomb from the top rope, as Slaine rolled out at the last minute. Daniel Slaine regained momentum with kicks to the legs of Drake. Slaine threw a roundhouse kick and planted Drake with a KTFO for the victory.

After the match Daniel Slaine could be seen celebrating with his championship. Suddenly though he’s attacked from behind by Michael Everett as Michael begins beating on him with huge punches. Michael grabbed the World Title, waiting for Slaine to get up and then clocked him with it in the middle of the ring. Michael hovered over top of Daniel and continued to punch away at him when suddenly Max Farrell could be seen running down the ramp and into the ring. Michael tried going after Max but Farrell ducks and delivers Criminal Justice! to Michael. We see Michael Everett quickly roll out of the ring to escape.